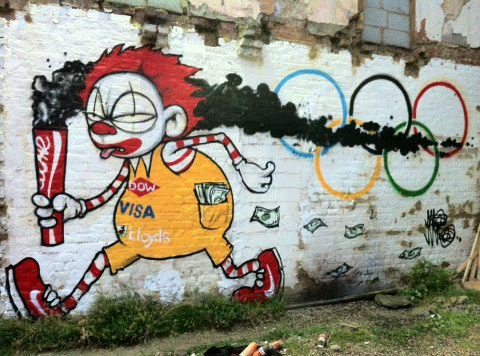 Before the last Olympics, I came across this incredible resource created by Alan Parkinson (@GeoBlogs) which gave teachers multiple (close to 100) ways to get students thinking critically about the London Olympics. I have gone back to this document over the last week and whilst many of the ideas were specifically focused on London it provides plenty of guidance on how you might provoke thinking around Rio.

So, some of the ideas at the moment for what my students may look at over the next few weeks:

Is a medal count the best way to measure success at the Olympics? How should success be measured?

What does the pattern of Olympic venues tell us about the Olympics? Should Rio de Janeiro be allowed to host the Olympics when there are so many homeless in the city?

What would your ideal Olympic Games look like? Who would be involved? Where would it be held? Why, why and why?

So, to attack these questions and to also allow us the freedom to respond to events that occur during the Olympics and questions that emerge from either our studies or the events at the Olympics, I have come up with one overarching question that I will present to the class. This will be our guidance for what we investigate while the Olympics are on:

What if we were the International Olympic Committee?

What have I missed? Are there other great avenues of investigation? What are you planning to do with your class? Share in the comments so we can design better learning opportunities for all of our students.

3 thoughts on “What if we were the IOC?”