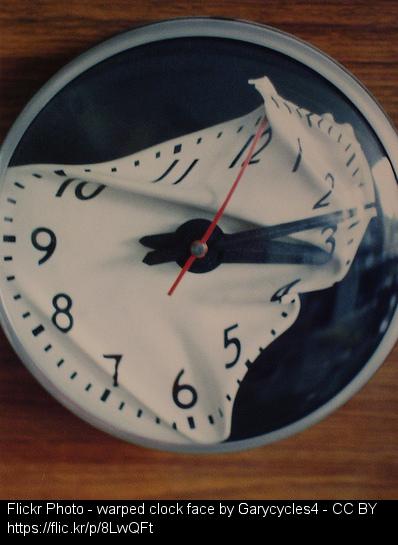 Time is such an odd concept in schools. Some days, weeks, terms or years we seem to achieve so much. Yet, most of the time, there is nowhere near enough time to get through everything that we want to do to help our students make progress with their learning. If asked what we need more of, the answer will almost always be time.

I have noticed this even more since moving into Senior Leadership and this term has been a great example.

Alongside this, we were able to get proactive on other fronts too. We started collaborative teaching inquiries, which I wrote about earlier in the term. This was a big shift and will take some time to embed it’s practice effectively, but it really felt like we were making big strides forward.

Since then though, it has felt like we only have time to react to what is happening, rather than being able to take those proactive steps.

I know that scientifically, each hour, day, week takes the same amount of time as the next one. Yet, 1 day I can make so much progress on big issues and feel that we are moving towards our vision for our learners and then suddenly 3 days fly by where I have mainly dealt with one thing.

I love being proactive and making the most of my time. But there is no way I can say that is how the majority of my time is spent. Sit down to work on a task and who knows how long it will be until an unplanned incident arises that demands immediate attention. Our ex-Principal, Steve Bovaird, mentioned a couple of weeks ago that he is reveling in this aspect of his new job helping first time Principals. He can look at his plan for the day or week and know that is exactly what it will look like. So different to his former life in school.

The unpredictable nature of time (amongst other things) in schools has been part of what I have really enjoyed about teaching over the years. This term though, it seems like I have been through a time warp. A couple of weeks full of time to be proactive and then the rest of the term has flown by at warp speed reacting to each thing as it comes.

Anyone else feeling like this? How do you ensure there is regularly time to take proactive steps in your school?