New Zealand as a nation has some very concerning statistics about the wellbeing of our young people. Whilst there has long been talk about our teen pregnancy rates and heart breaking ability to top youth suicide rankings, in 2017, Unicef still found major concerns around aspects of wellbeing including work prospects, suicide, health and bullying (https://www.unicef-irc.org/publications/pdf/RC14_eng.pdf) 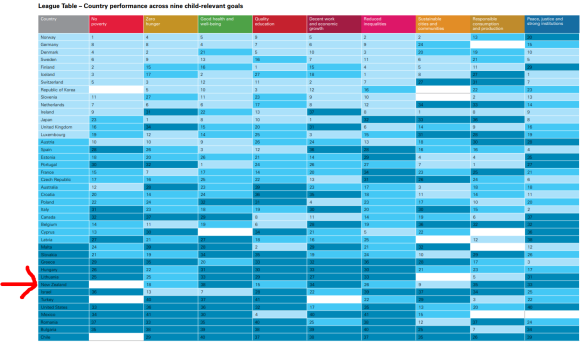 In 2015, The Education Review Office released a well-publicised report called Wellbeing for Young People’s Success at Secondary School (http://www.ero.govt.nz/publications/wellbeing-for-young-peoples-success-at-secondary-school/). This report highlighted the impacts that a lack of wellbeing education and over-assessment were having on students across the country.

At Lynfield College, we had also noticed rising stress and wellbeing issues amongst our students. These concerns resulted in an increased focus of how we could help our students.

When approached by 21 Century Skills Lab in 2017 to take part in a trial Socio Emotional Skills Assessment, we jumped at the chance (http://archive.educationreview.co.nz/magazine/november-2017/curious-and-creative-the-new-wave-of-21c-kiwi-kids/). This gave us some quantifiable data to support the evidence we were gathering about individual students. Overall, this data showed that our students could be doing better in terms of their social and emotional wellbeing.

Following on from this assessment, we were invited to be part of a 2018 professional development programme called ChangeLeaders which was to be run by 21C Skills Lab in conjunction with Education Changemakers. This programme gave 4 staff the chance to do a deep dive into how we could make change for our students in the area of socio emotional skills. The programme involved 5 days of PD spread over 3 workshops. There was intense focus, then time to implement an initiative back at school before coming back for more development (look out for another blogpost soon on why I think this form of professional learning is so powerful). Quickly, our group of 4 from Lynfield focused in on the area of student wellbeing. The Tessera data combined with other evidence from school made this an obvious focus area.

The initial workshop introduced us to the idea that “The only thing more powerful than ownership, is authorship.” With this in mind, we wanted to develop a project that not only would help us enhance student wellbeing, but would genuinely include our school community in the process. This lead our group to design a new process to engage our community: 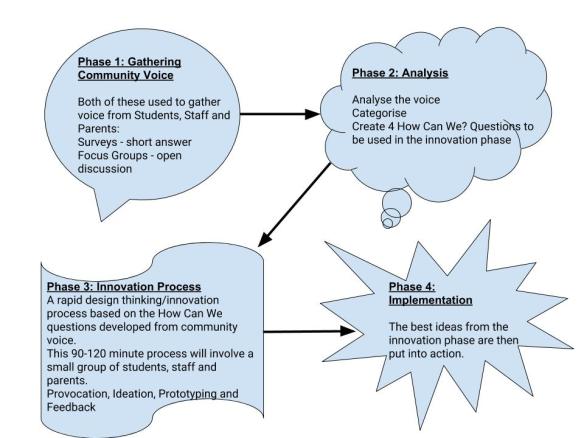 A new process for community engagement at Lynfield College

In Term 2 we shared this process with staff and then ran surveys with staff, students and parents to gather their voice on student wellbeing. Alongside this data, we added in information from focus group interviews conducted by Year 13 Health students. The data was analysed and main themes were identified.

Our team then ran a Wellbeing Hui last week with a diverse group of people representing students, staff and parents. In this workshop, we started by looking at Unicef and OECD data about New Zealand’s wellbeing. Highlights from the ERO “Wellbeing for Young People’s Success at Secondary” report were also shared. We acknowledged what the school is already doing in the area of wellbeing:

The introduction to the Hui finished with a look at the data collected in the surveys and interviews. The main themes that emerged from this data were:

Each of these ideas were expanded on by exploring some of the quotes from the surveys and interviews.

Participants in the Hui were now asked to write down a few of the points from the intro that had really struck a chord with them and discuss with their group (they were initially separated into Year 9-11, Year 11-13, Parents and Staff). Now that they were all comfortable and ready to discuss in depth, each person was able to choose which aspect they wanted to focus on. They grouped together to discuss that aspect, why it was important to them and to add their own insights to the information already presented. There was a large group interested in the assessment/workload so they were split in half, effectively giving us 5 groups for the rest of the hui.

Discussions turned into Moaning Minutes, where the group wrote down what the real pain points were in this aspect/factor. These ideas were then the stem for the group to create a statement “It’s unacceptable that…”. This statement was then what they focused on solving in the second half of the hui.

Utilising design thinking strategies, participants went through a rapid ideation coming up with as many ideas as possible in 10 minutes. They then chose 3 ideas to focus on – a safe bet, a moonshot/ambitious idea, and a favourite. The groups then got to see what the other groups had come up with and tick the idea they thought was a good one to pursue. Once groups had refined their ideas down to one focus, they created a prototype to flesh out how that idea could work. 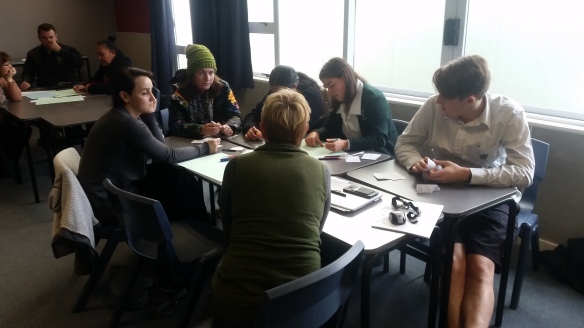 The ideas that emerged from this workshop are very promising. Looking through the prototype sheets over the past couple of days has given a vision into the future at what sounds like an amazing school experience. One of the comments that has really stood out to me came from a Year 12 student who wanted more workshop opportunities like this, where their voice was treated just like a teacher’s. All of a sudden, we are helping to meet 2 of the current school goals – impacting on both wellbeing through the initiatives and learner agency through our methods.

Our next step is to share these initiatives to get feedback and improve the ideas. We will start with small groups such as SLT and the Student Council before going wider. Each initiative will then have a champion identified to lead the introduction to the wider school community. I look forward to being able to share the progress of these initiatives with you as they are implemented.